Coronavirus New Normal: What does it mean for health plan members?

25 million Americans projected to lose employer-sponsored healthcare coverage due to the COVID-19 recession. How will this disruption affect the relationship between health plans and consumers?

As of the end of April 2020, about 30 million people in the U.S. are newly unemployed due to the pandemic-fueled economic shutdown, a sharp uptick from the recent historically low unemployment rate. Because, on average, about half of the people in this country receive health insurance through an employer, this situation is threatening healthcare coverage during a healthcare crisis. How is this disruption affecting health plan operations and consumers, and will it create longer-term changes in how the majority of Americans receive health insurance?

A variety of government and social policies in the 1940s and 50s led to the current state of healthcare coverage in the U.S. where most individuals receive insurance through an employer-sponsored health plan. While that structure functions fairly well during periods of low unemployment and underemployment, it can leave a gap during a climate of economic and job uncertainty.

In the 6-week period between mid-March and the end of April, the unemployment rate soared from sub-5% to over 16% as efforts to stem the spread of the novel coronavirus ravaged the economy and led to widespread furloughs and layoffs of workers. By some estimates, that massive job loss has resulted in 12.7 million Americans losing their healthcare coverage at the same time they can least afford to replace that coverage.

Health plans started to see the fallout of this rapidly changing situation almost immediately. One of the largest health plans in the nation reported that the number of its premium base requesting grace periods and payment plans increased from 0.4% to over 3% by mid-April. However, this standard practice of 60- or 90-day grace periods is expected to be not nearly enough relief for many members, leading one to offer premium credits and other financial assistance.

Already enacted is a 6.2% increase in federal matching Medicaid funds to help states handle the pandemic for the duration of the national public health emergency. Included in the eligibility requirements for the enhanced funds are provisions that require states to not unduly prevent qualifying individuals from receiving Medicaid coverage.

Consumers losing their income and reliable health insurance coverage during a healthcare crisis is an untenable situation. A recent survey revealed a potentially precarious financial situation for a segment of the population. When asked if they would seek medical attention if they presented with the signature symptoms of COVID-19, 14% said they would avoid care due to cost. Even when asked specifically to imagine a suspected coronavirus infection, 9% still would avoid treatment. These responses were especially likely for those with lower incomes, a group that has been disproportionately affected by the current economic crisis.

This hesitation to seek care couldn’t come at a worse time as the delays promise to derail chronic condition outcomes as well as public health initiatives related to the pandemic. However, putting off care due to financial constraints isn’t an entirely new experience. An annual poll, most recently conducted in November 2019, showed that a record 33% of Americans put off needed medical care due to costs, a rate that has increased 50% over the past 20 years.

Health plans and the government have stepped in to encourage people to continue to seek healthcare if they need it. Health plans by temporarily waiving cost sharing for coronavirus testing and treatment, as well as other services for vulnerable Medicare members, and the government by compensating providers for uninsured care at Medicare rates so providers don’t unnecessarily burden patients without a safety net. 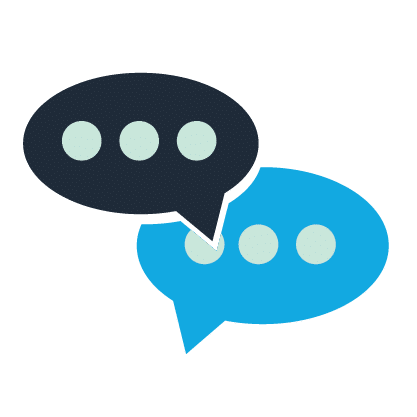 Health Insurance by the Numbers

The latest healthcare coverage data available is from 2018. After years of improvement in the uninsured rate, starting in 2010 with the enactment of the ACA, the rate has increased for 2 years in a row, particularly in states that haven’t expanded Medicaid.

The Future of Healthcare Coverage

With the rising costs of healthcare coverage shouldered by employers, and the opening of the ACA marketplace, some analysts predicted that 90% of employers would have abandoned sponsored health benefits packages by now, in the same way pensions gave way to 401(k) plans. That projected reality hasn’t yet come to fruition, though the rates of “underinsured” individuals with employer plans are increasing.

The number of uninsured employed people is also increasing, according to a recent study. In fact, 70% of the uninsured were employed but not offered an employer-sponsored health plan while 30% didn’t enroll in employer coverage because of high costs. At the same time, high rates of unemployment bring into focus the potential gaps created by tying healthcare to jobs, and we likely have not reached peak unemployment in the COVID-19 recession.

Though the past couple of years saw single-payer policies gaining traction, strong lobbying against the structure has prevailed for now. However, much depends on how quickly the economy rebounds and to what degree. Large corporations make up much of the enrollment in employer-sponsored health plans and continue to drive that segment, and many of them have weathered this economic downturn with greater resilience thus far.

Though healthcare independent of the workplace is currently more important than ever before, the current system is still working for many people. Enhancing ACA plans and subsidies and expanding Medicaid to more people are the most cost-effective – and quickest to implement – efforts and stand to benefit those most affected by income hardships.

Experts released a new report that projects unemployment will reach 20% by June 2020, which would lead to between 25 million and 43 million individuals dropping out of employer health plans. Of those, 12 million to 21 million will enroll in Medicaid, 6 million to 10 million will receive individual coverage through the ACA marketplace, and 7 million to 12 million will become uninsured. According to a senior policy advisor, “Our safety net is about to be tested, and it’s going to work a lot better in states that expanded Medicaid.”

Short-term, for health plans this shift means a dramatic change in their lines of business. Health plans that cannot quickly pivot based on data and market changes are at risk. If employer-sponsored coverage changes for the long-term, are health plans positioned to navigate these twists and turns?

Some payers are already making moves specifically focused on expanding their Medicaid and Medicare portfolios. As stated in the announcement of one of these deals, the health plan’s “strengths and capabilities will be critical to successfully serving new populations if a recession increases Medicaid membership.” At the same time, health plans report uncertainty in their 2020 projections, as small group enrollment drops and Medicaid rolls increase. Health plans are having to prepare for all eventualities, and advanced integrative technology – along with the data insights it provides – can provide the edge they need.

Health plans are keen to harvest business insights from member behavior during this time. They anticipate the pandemic changing the way care is delivered for at least 1-2 years and likely, forever. Most health plans are anxiously awaiting the emergence from the “first wave” of COVID-19 cases (possibly this Summer) to see how user behavior is affected and try to strategize on long-term effects.

With so many workers furloughed or laid off, we may see a return to insurance after this first emergence, which provides a strong opportunity for health plans to find an early indicator of longer-term behavior change that would impact their bottom line. Data on utilization of care, self-insured rates, changes in plan levels and HSAs, and more will prove valuable.

Administering Medicaid MCO plans is a more complex operation, especially as CMS has issued waivers to help states be more nimble in responding to coronavirus. Medicaid lines of business also tend to be less profitable than employer-sponsored insurance. Increasingly, health plans and payers are turning to advanced payment integrity technology like Pareo to streamline coordination of benefits and otherwise ensure proper payments to providers.

And, by virtue of being an integrative platform, it helps reduce administrative lift in tangential operations related to traditional payment integrity efforts as well. Pareo supports health plans in seamlessly shifting internal resources to more easily accommodate changes in LOB, and automating communication with suppliers and providers to ensure changes are relayed effectively and efficiently.

Leaders of health plans know that the way insurance is delivered may change for many consumers and, particularly for Medicaid enrollees, engagement is paramount. Technology enables them to proactively address at-risk populations, like those with chronic conditions who may be particularly vulnerable to disruptions in care. By delivering broader data insights and supporting communication with internal and external stakeholders, Pareo aligns with a broader strategic effort at health plans to “improve engagement in healthcare.”

Part 2 of our series on how the SIU can use artificial intelligence to overcome common challenges. A.I. can reduce the fraud false positive rate to make the most of your limited investigator resources.

Leading provider of technology platform for health plans one of 20 honorees shortlisted for annual Nashville business award. ClarisHealth is honored to be selected as a finalist for the Nashville Business Journal (NBJ) Best in Business

Strategies to Move Your Payment Integrity Program Prospective in 2021

Payment integrity evolves into a more strategic function for health plans in order to reduce overall healthcare expense. Prepay drives greater cost savings but can be difficult to achieve. Here, we share strategies that can enable ...

The Importance of Partnership When Adopting Technology 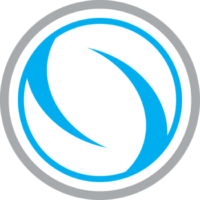